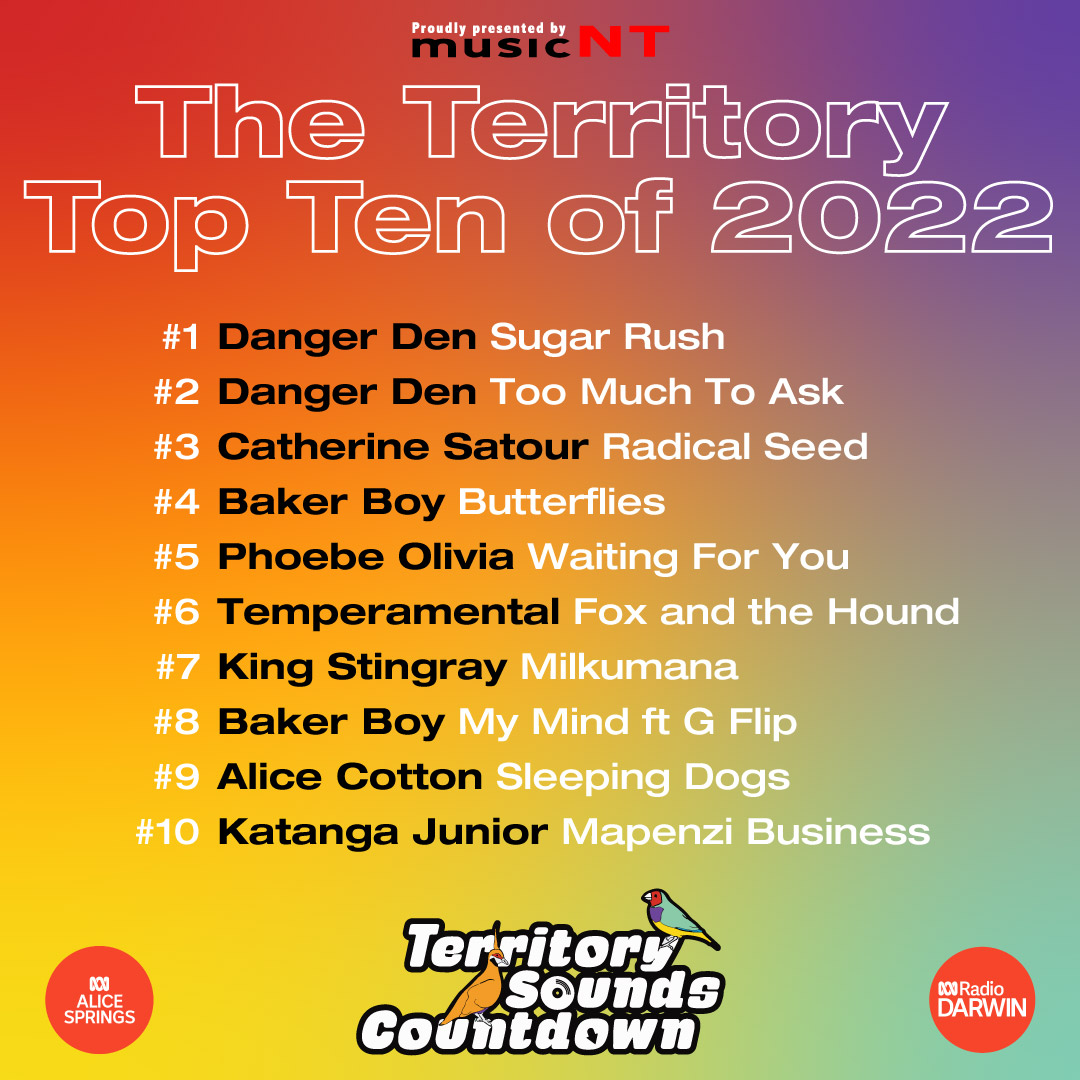 More than 900 people voted in the countdown with Danger Den’s track Too Much to Ask landing number 2 spot. Both tracks are off their album, Pull Yourself Together, released in September.

“Last night was a beautiful showcase of the amazing work to come out of yet another tumultuous year,” Mikaela said.

“What a privilege to celebrate local Territory music! Congratulations to the winners, Danger Den, whose music is insatiable, fun and energetic. Can’t wait them to take over the music industry!”

The Northern Territory is known for its varied and unique musical talent, a fact reinforced in the broad genre diversity of this year’s top 10 songs which included reggae, punk rock, heavy, pop, folk and rap tracks.

“Coming off the back of the return of the NT Music Awards, this years Territory Countdown really does scream loud and proud that NT music is making waves nationally and the depth and diversity of acts really sets NT music apart from the rest of the country,” said MusicNt Executive Director Mark Smith.

Those who missed out on listening to the countdown live on Thursday evening can check out the top 10 via this Spotify playlist or can listen back to the broadcast here over on the ABC Radio Darwin website.

All NT residents who voted are eligible for MusicNT’s Territory Sounds Countdown major prize draw, which will see one lucky voter take home an Ultimate Ears HYPERBOOM portable Bluetooth speaker valued at over $500. Voters should keep an eye on MusicNT’s Facebook and Instagram pages on Territory Day for the announcement of the winner.