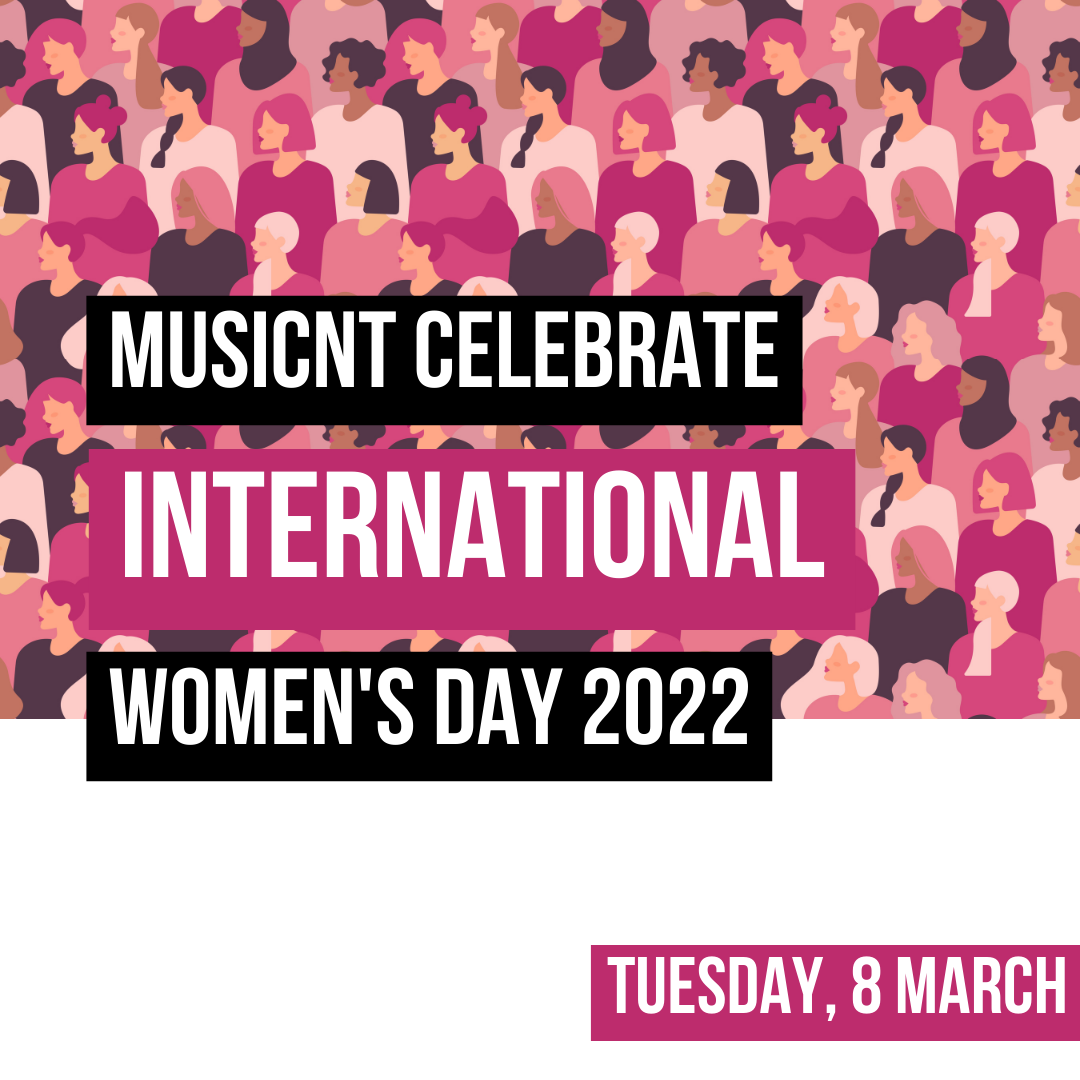 MusicNT are celebrating International Women’s Day with the release of the organisation’s inaugural gender audit, a live-streamed panel discussing gender equity in the Australian music industry and a curated playlist featuring some of the NT’s female-identifying artists to soundtrack IWD 2022.

Last International Women’s Day MusicNT released You Gotta See It To Be It: Strategic Directions for NT Women in Music, the first ever report of the position of women in music across the Northern Territory.

MusicNT Executive Director Mark Smith says this first audit delivers on MusicNT’s commitment to be accountable and transparent around achieving the commitments of the Strategic Directions for NT Women in Music report and acknowledges that more work is needed in this space.

“There is much work to do for both the organisation and the broader sector and we remain committed to an inclusive, equitable and thriving NT music scene,” he said.

This audit highlights MusicNT’s gender equity in governance and staffing, as well as the need for greater balance in remote program participation.

The Territory’s music community and broader public are encouraged to head to MusicNT’s Facebook page at 12.30pm (ACST) on Tuesday the 8th of March to join the live-streamed IWD panel discussing gender equity in the Australian music industry.

MusicNT are also encouraging everyone to support the Northern Territory’s women in music by sharing their favourite female-identifying NT artists, streaming their music and buying their merchandise this IWD.

Head over to MusicNT’s Spotify to listen to their NT Women in Music playlist and discover some incredible local female-identifying talent for yourself.