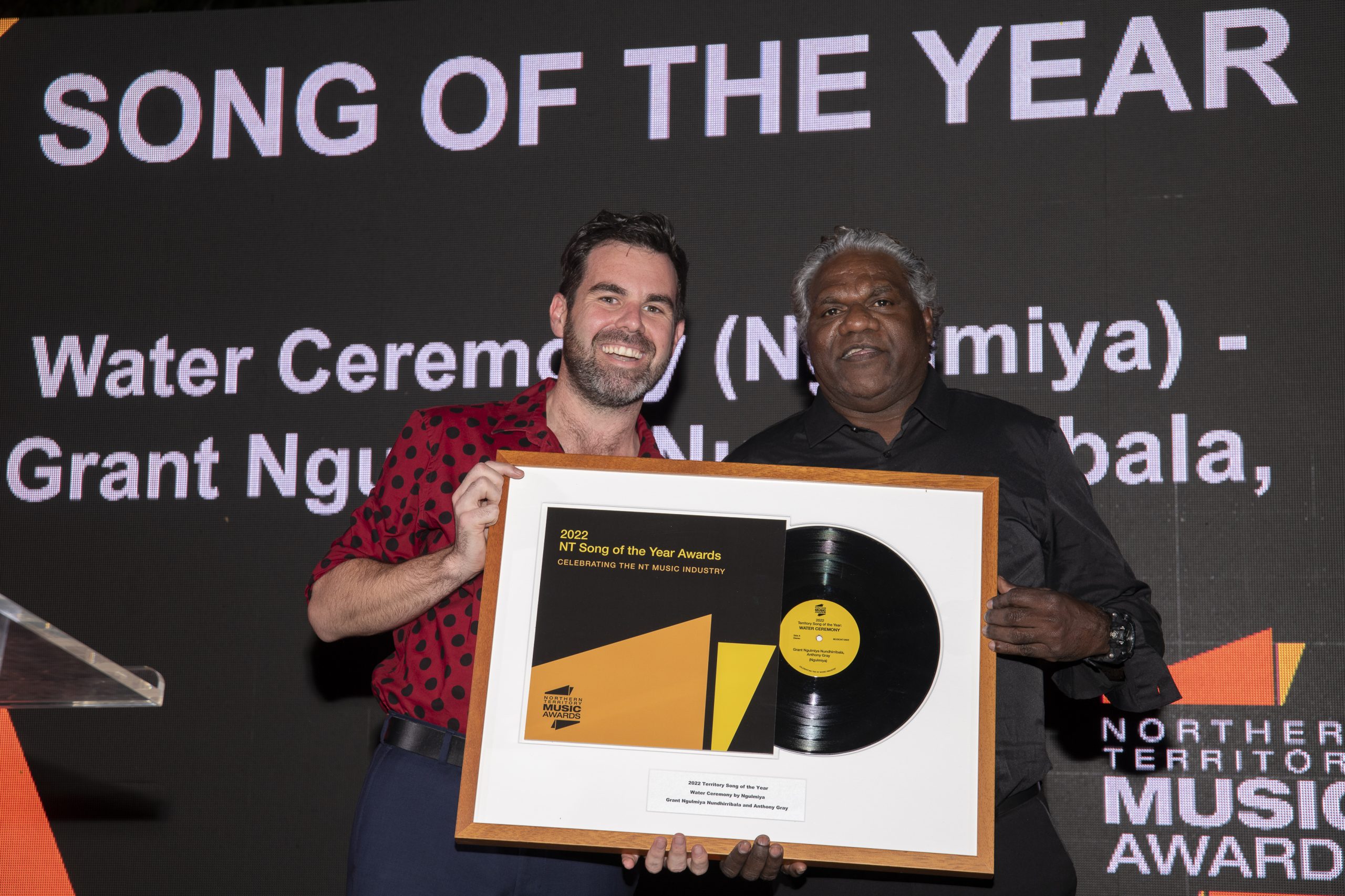 Last night MusicNT awarded the winners of the inaugural Northern Territory Music Awards at a sold-out ceremony under the stars at the George Brown Darwin Botanic Gardens.

To a crowd of 150 music supporters, creators and fans, the music industry peak body celebrated the Territory music industry through an expanded award offering that captured and celebrated the true breadth of people, organisations and events that make up the fabric of an incredibly diverse and passionate music scene.

The winners of the 2022 Northern Territory Music Awards include:

Tech of the Year: Teghan Hughes

All Good Project Music Venue of the Year: Happy Yess

Country Song of the Year: Miss the Pain (David Garnham & The Reasons To Live), written by David Garnham

Youth Song of the Year: Unlock The System (J-MILLA) written by Jacob Nichaloff

Grant Ngulmiya Nundhirribala and Anthony Gray’s Water Ceremony, performed by Ngulmiya, was not only awarded the coveted Song of the Year and Folk Song of the Year but was also announced as the Tourism NT Territory Song of the Year, an award partnership between MusicNT and Tourism NT that sees the winner receive support of up to $10,000 to create a film clip for their track.

In lieu of the previously awarded ‘People’s Choice Song of the Year’, MusicNT have partnered with ABC Darwin and the Northern Territory to again deliver the Territory Sounds Countdown, counting down the top 10 Territory tracks as voted by the public live on ABC Darwin, 8CCC, Gove FM, TEABBA and PAW Radio.